Universe at War: Earth Assault (UAW:EA) is a sci-fi real-time strategy game developed by Petroglyph Games and published by Sega, intended to be the first of the planned UAW series of games.

As a whole, Earth Assault can be seen as a sort of full-scale celebration of science fiction history, with many a sci-fi reference - for instance, while the Hierarchy Walkers are remiscient of "The War of the Worlds", Mirabel's suit, Viktor, possess Eastern (i.e. Japanese) mecha designs and features whilst Masari designs seem to be based upon ancient civilisations.

Tagline :- Will you save the Earth, or will you consume it?

Universe at War: Earth Assault offers three very diverse factions, including the Hierarchy, Novus, and Masari, all of whom have been worked from the ground up to provide distinctive gameplay. UAW plays out like a many RTS titles, but combines aspects of all types of RTS game types, as well as features from MMO's. These combined features intend to unleash a new level of gameplay, featuring truly diverse factions and what the developers call "Tactical Dynamics". With tactical dynamics, a player is able to effectively change their strategy and adapt to a new situation relatively quickly, encouraging tactically minded behavior.

It is the year 2012. Scientists have spotted strange objects en route to Earth. These are deduced to be an Alien invasion force, and Human forces prepare to fight an enemy almost beyond comprehension, and certainly beyond their level of technology, however, they are unable to muster an adequate force to fight off the invaders. The aliens soon land. These aliens are the Hierarchy, who go from planet to planet, first defeating all defending forces, then strip mining it of all resources. Human forces fight back valiantly against the Hierarchy, but the aliens are simply too advanced. Human technology is almost at a point where it can fight back effectively but is unable to do much damage against the larger Hierarchy weapons. Additionally, the Hierarchy has vast experience in invading worlds, and the loss of life in destroying Hierarchy forces is so large that, soon, there will be no forces left to defend Human civilians.

During this fight, Colonel Moore, a stalwart military hero, and a tank commander named Sergeant Woolard evacuate the wounded President and his staff from the White House after battling through dozens of Hierarchy ground forces. The President and his staff escape but right afterward, a Hierarchy Habitat Walker, the most deadly unit in their arsenal, lands on the now-abandoned Capitol Building, crushing it.

With Woolard and his tank squadron covering their retreat, Moore and some of his troops escort the President's ambulance to Fort McNair. On the way, Moore is promoted to General. Moore arrives at Fort McNair and sends the President to the hospital, and Woolard soon arrives after his forces are pushed back by the Hierarchy. Moore, Woolard, and their men make a desperate and bleak last stand. Fortunately, assistance comes in the form of the Novus.

The Novus are a group of intelligent robots that are fighting the Hierarchy for revenge: The creators of the Novus were destroyed by the Hierarchy. The Founder, a robot on a deep space mission, came back and found his home destroyed and his masters killed. He amassed more robots that survived and made the Novus. Also there is Vertigo, a living spaceship, and Mirabel and Viktor. Mirabel is of the race that created the Novus. She was cloned from genetic tissue of their dead masters, and Viktor is a suit made to protect her.

The Founder is puzzled as to why humans are not yet extinct - usually by now, the Hierarchy have stripmined the planet and killed all defenders. Even so, with his highest priority being eliminating the Hierarchy, he ignores the plight of the Humans and focus' on the immediate threat. Mirabel, being the lone organic among machines, is more sympathetic towards the humans, and this creates a minor conflict between them.

The Founder does not know that this was a trap set by Kamal Re'x, the leader of the Earth invasion force. By making the invasion move slower and ignoring standard invasion procedure, he is drawing the Novus into a trap. However, he has been abusing his power more and more, and this angers Orlok the Eternal, a literally immortalized Hierarchy assault hero. And there is Nufai, a member of a race nearly killed by the Hierarchy, but Nufai helped the Hierarchy exploit his race's weakness and thus was allowed to live and help the Hierarchy invade.

As the fighting continues, an ancient race is awakened: The Masari, a group of aliens who are humanlike and helped form much of humanity's ancient histories as well as its myths. They also have a vendetta against the Hierarchy, as they gave them its powerful technology when it was on the verge of extinction and helped it towards salvation. The Hierarchy, in turn, used this technology to nearly drive the Masari to extinction. Their leaders are Queen Altea, the ruler of Dark energy, Prince Zessus, the balance between Light and Dark energies, and Lord Charos, the ruler over Light energies. The Masari are angered by humanity's pollution of Earth, but fighting the Hierarchy is obviously the larger problem.

Orlok begins to plot to overthrow Kamal, and later the Overseers, with Nufai, since Orlok had grown tired of how the Hierarchy's soldiers are sacrificed for the ambitions of the Overseers. He eventually meets Zessus and manages to convince him to join the insurrection against Kamal in exchange for leaving Earth in peace. However, Orlok's plan fails as Nufai reveals to have been working with Kamal the entire time and turns on Orlok during a battle with Kamal. Kamal then captures Zessus and tries to force him to reveal the secrets of how the Masari manipulate energy, but, failing to do so, decides to return to his plan to destroy the Earth with their territory-killer superweapon, the Purifier.

The Masari launch a rescue mission and free Zessus, and Altea is then met by Novus, who propose an alliance against the Hierarchy. Altea accepts, and Novus, the Humans and the Masari launch a joint attack on the Purifier in South America, killing Nufai along the way. After destroying it, Kamal tries to commit assisted suicide, but is beaten. While everyone argues over what to do with him, Altea traps Kamal within his own mind, viewing that as the most fitting punishment. 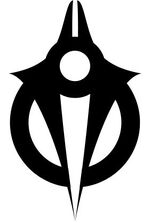 The Hierarchy provides the muscle side of the three unique alien factions. During the year 2012 (human calendar), they open up the war with a bang and crushed the forces of Earth with little trouble. These intergalactic Conquistadors normally roam from planet to planet stripping it of resources. Their intentions for Earth may be no more complicated than that. The Hierarchy, like all factions, utilizes unique game play. Rather than have actual bases, they simply have large walkers that fill the function both as main offensive unit, and fully functional base and construction locale. While an overwhelmingly powerful faction, what they have in power they lack in speed. The Hierarchy are an extremely dangerous force to be reckoned with.

A far cry from The Hierarchy's brute force and straight forward methods, the Novus are a more tactically inclined race. The entirely robotic Novus once lived in co-existence with their creators, until The Hierarchy arrived at their planet and all but wiped them away completely. The Founder reforged the Novus into the force it is today, but their creator race had been lost forever, except for one girl named Mirabel. The Novus are a hit and run race, relying on map control and quick troop movement. They are able to utilize a unique element called the "Flow", allowing them to break down into nanites and transmit themselves across a network throughout the battlefield. What Novus lacks in power, it makes up for with speed, numbers, the ability to be everywhere at once and the ability to enhance their entire army through specialized "Patches". 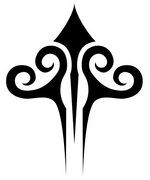 The Masari are a race of human-like aliens that have control over the properties of light & darkness.There technology level is eons ahead of any of the races even of the Heirarchy being able to manipulate energy and matter with mere thought. They were once Gods of both The Hierarchy and the humans, but when tensions collided with the Hierarchy, they were nearly forced into extinction, but one city ship was able to escape to Earth. Here they met humanity in it's infant stages and nurtured them into a civilization of different cultures. But mysteriously the sank beneath the sea into a slumber and in the year 2012 (human calendar), they have been reawakened to fight the species they helped nearly 10,000 years ago, the Hierarchy.

Humans, the previously dominate species on Earth, are throughly beaten by The Hierarchy until the arrival of Novus. The humans are only a playable faction during the tutorial, but make appearances throughout the three faction's campaigns. Humans are expected to be a playable faction in future games in the Universe at War series.